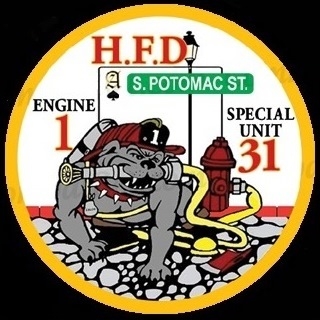 Through the efforts of our members through social media, we were contacted by the Oakland Twp. Vol. Fire Department of Cooperstown, PA.  Chief Weber from Oakland Twp. thought he had a vehicle that would fit our needs and budget.  Captain Royce and Firefighter Quinton Davis made several contacts with Chief Weber about the vehicle they were placing out of service and thanks to the generosity of our brothers and sisters in Oakland Twp. their unit was graciously donated to the "VOLUNTEERS" of the First Hagerstown Hose Company.

Chief Weber and his department "DONATED" a 1996 GMC Suburban to our department.

Terry Thompson, owner of East Coast Mowing & Landscaping "DONATED" his time and a trailer to the Hose Company so we could go pick up the vehicle.  Captain Royce, Vice-President Tiffany Long and Firefighter Quinton Davis made the trip to Cooperstown along with Mr. Thompson to retrieve the vehicle and take care of all the necessary paperwork.

Since its arrival in Hagerstown, members have stripped the vehicles lettering and striping and have begun transforming the vehicle to fit our needs. 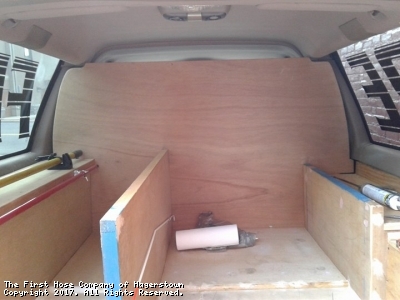 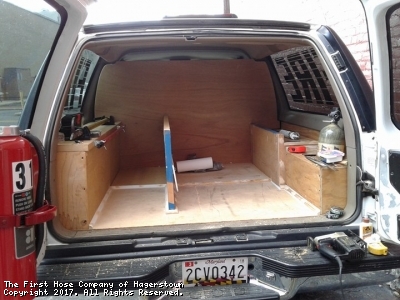 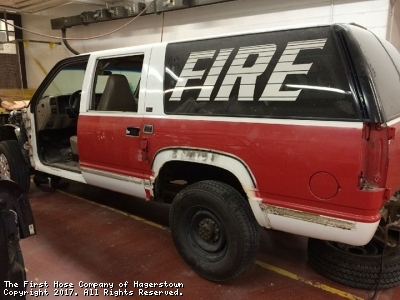 Special Unit 3-1's rehabilitation is moving forward very nicely and we can't thank the Maryland Department of Corrections enough for the work they are doing on our response vehicle.